Dr. Death, Jack Kevorkian popularized doctor-assisted suicide, even when it wasn’t popular. Now, it appears, many more are ready to embrace what is nothing more than murder at the hands of one’s doctor. Registered Nurse Suzanne Hamner joins me in this episode to speak about the subject and what we can do to stop it.

Exodus 20:13 – Thou shalt not murder.
Jeremiah 17:9 – The heart is deceitful above all things and beyond cure. Who can understand it?
John 10:10 – “The thief comes only to steal and kill and destroy. I came that they may have life and have it abundantly.”
1 Timothy 6:12 – “Fight the good fight of the faith. Take hold of the eternal life to which you were called and about which you made the good confession in the presence of many witnesses.”
Psalm 34:17-18 – “When the righteous cry for help, the Lord hears and delivers them out of all their troubles. The Lord is near to the brokenhearted and saves the crushed in spirit.”
Ezekial 18:4 – “Behold, all souls are mine.”
Deuteronomy 30:19 – “This day I call heaven and earth as witnesses against you that I have set before you life and death, blessings and curses. Now, choose life, so that you and your children may live.”
Job 1:21 – “The Lord gave and the Lord has taken away; may the name of the Lord be praised.”
1 Corinthians 6:19-20 – “Do you not know that your body is a temple of the Holy Spirit, who is in you, whom you have received from God? You are not your own; you were bought at a price. Therefore, honor God with your body.”
Mark 12:29-31 – Jesus answered him, “The first of all the commandments is: ‘Hear, O Israel, the Lord our God, the Lord is one. And you shall love the Lord your God with all your heart, with all your soul, with all your mind, and with all your strength.’ This is the first commandment. And the second, like it, is this: ‘You shall love your neighbor as yourself.’ There is no other commandment greater than these.”
Ephesians 5:6 – Let no man deceive you with vain words; for because of these things cometh the wrath of God upon the children of disobedience.
Ephesians 5:11 – And have no fellowship with the unfruitful works of darkness, but rather reprove them.
Ephesians 5:29 – For no man ever yet hated his own flesh; but nourisheth and cherisheth it, even as the Lord the church.

There are more, which can be covered later. The entire point is that one is never closer to salvation than when at the lowest point – being lost is the closest to finding God because God takes one to that point to bring one closer to Him.

“We hold these truths to be self-evident, that all men are created equal, that they are endowed by their Creator with certain unalienable rights, that among these are life, liberty, and the pursuit of happiness – that to secure these rights, governments are instituted among men, deriving their just powers from the consent of the governed, ….”

The pertinent clause has been italicized.  God gave man the “right to life”, meaning that no one has authority to take that life except how God commanded as punishment for His justified offenses.  God endowed man with the “right of self-defense” in order to preserve his or her life in the event another tries to take it.  Moreover, since God gave us life and a “right to life” with the commandment, “Thou shalt not murder” (Exodus 20:17), when an individual requests another “assist” or “actively” take his or her life then that person is infringing upon the rights of another to follow God’s commandment.  In essence, they are asking another to take their life – murder, and engage in homicide (death at the hand’s of another), in violation of God’s law and man’s.

The Constitution for the united States of America

Since government is established by men to protect God-given individual unalienable rights, it does so in the US in a two-tiered manner, as outlined by our good friend Publius Huldah.  The federal government secures our right to life by protecting us through the military to repel invasions, laws regarding piracy and traitors, and through securing our borders.  The States secure our right to life by prosecuting murderers, banning abortion (which they have failed to do), protect individuals from euthanasia through prohibitive laws, prosecute drunk drivers and initiate quarantines in the face of dangerous diseases, etc.

The Ninth Amendment specifically indicates there are other rights retained by the people that are not enumerated in the Bill of Rights.  Because they are not mentioned, it does not mean the government can deny or disparage the people those rights.  One of those rights is the right of conscience protection.  You are to be protected from being “forced” to violate your conscience.  In other words, if you believe something is wrong, government is to protect you from being “forced” to participate in that activity.

Under the First Amendment, Congress can make no law that establishes a religion (meaning the body passes legislation specifically declaring a particular religion to be the official religion of the US), or prohibits the free exercise thereof, as well as abridging speech, press, freedom of peaceful assembly, etc.  Being that God has commanded “Thou shalt not murder”, government is to protect that right in any situation since the exercise of religion is not limited in scope, aka where, when, etc.

Individuals who request “physician assisted suicide”, which is a misnomer, are infringing on another individual’s right of conscience, free exercise of religion, and skill.

Nowhere in the Constitution is government authorized to enact laws that cross ethical lines in professional services nor is government authorized to interfere in any individual’s health care or death.  States are responsible for licensure of professionals, ensuring the practitioner is safe, and write laws governing professional practice, which addresses safety, ethics, morality and legality.  This would be Nurse Practice Acts and laws concerning medical practice.  In all States, it has been the law that euthanasia and physician assisted suicide is illegal – until the early 90s when the first States, unlawfully and unconstitutionally, passed a physician assisted suicide law.

These pseudo-laws are difficult to write in order to protect against abuse, which is why euthanasia and physician assisted suicide has been avoided.  However, a number of individuals have bombarded the State legislatures with requests for this “service” resulting in a number of States passing legislation and others considering legislation that infringes on the rights of others to provide this “service”.

https://www.epcc.ca – this website is the home for Euthanasia Prevention Coalition, international, that is working to stop government from passing laws legalizing physician murder of patients.  Executive Director Alex Schadenberg maintains the blog there to keep individuals abreast of develops around the globe concerning Euthanasia laws in various nations and how it is increasing on a global scale.  The US has a local office in Maryland. 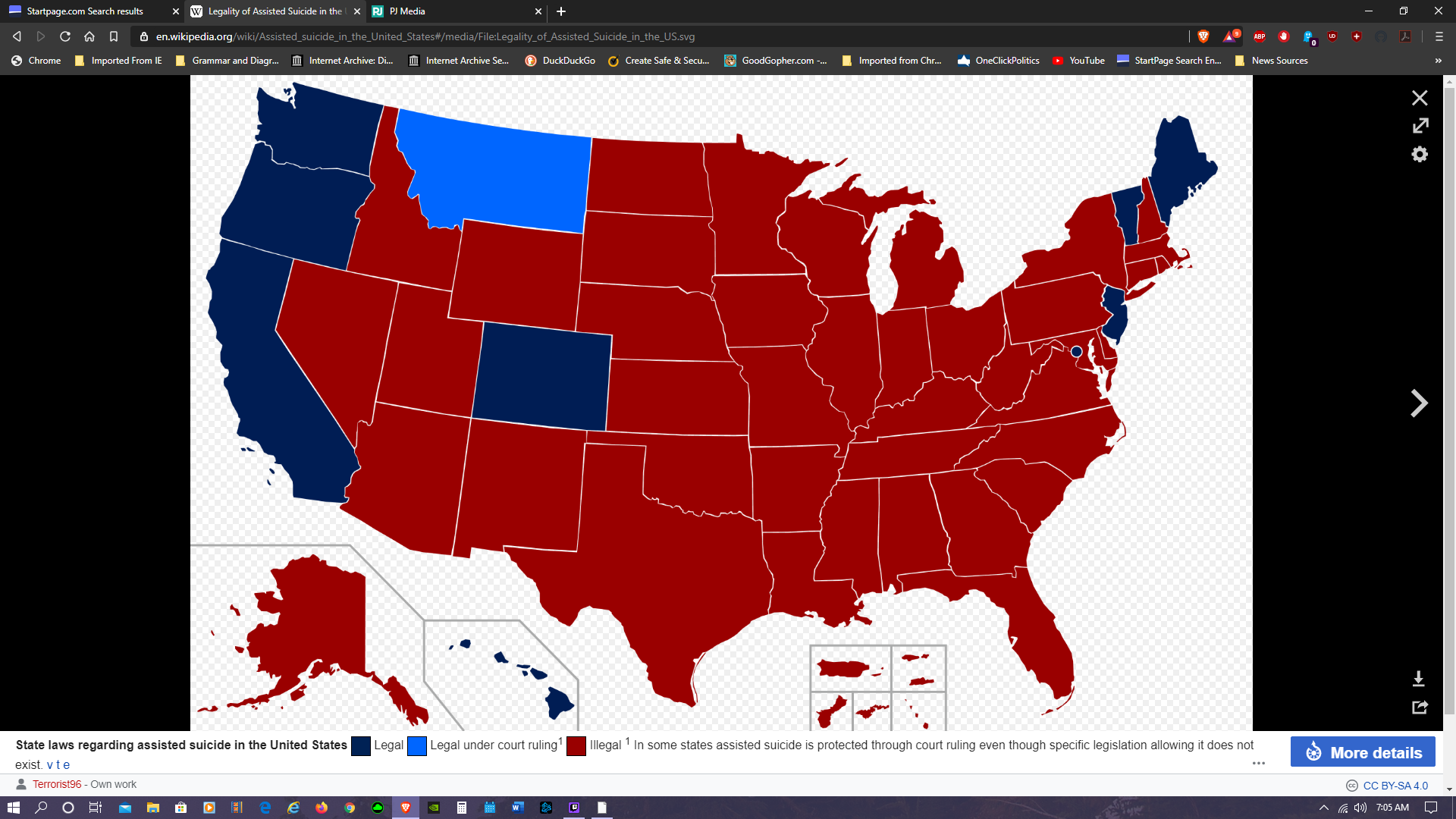 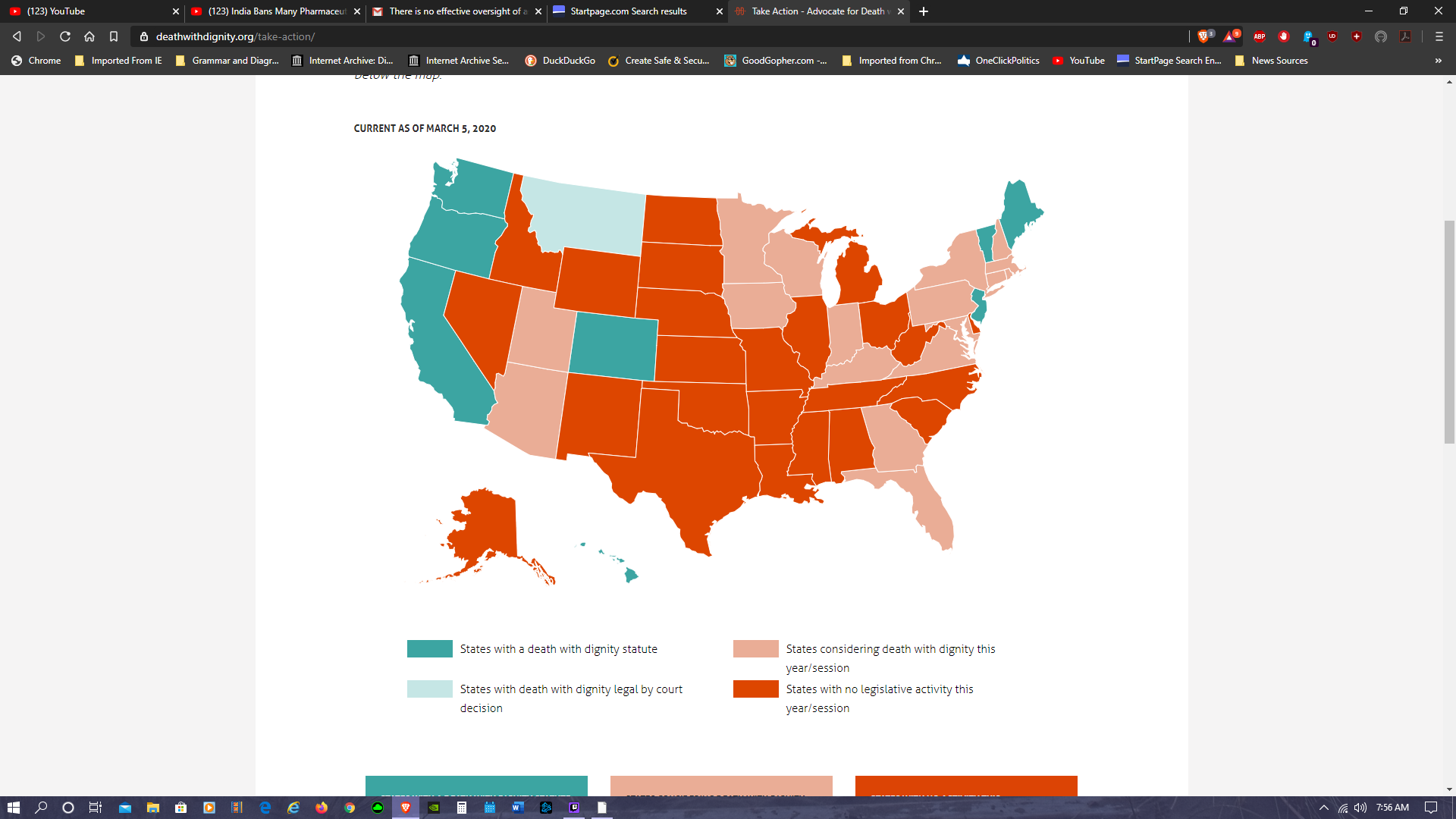 Article posted with permission from Sons Of Liberty Media

The Nazification Of The United Kingdom Is Almost Complete – The People Must Push Back Now!