Deaths are on the rise from the experimental COVID injections. The new BBC propaganda against doctors, nurses and others who are exposing the truth about vaccines now has a response from those with the truth. The Sons of Liberty’s health and wellness expert Kate Shemirani and Dr. Kevin Corbett join me in this episode to talk about what’s going on.

You can help Kate as thanks for all the information she supplies by getting your nutritional supplies from her at the links below. 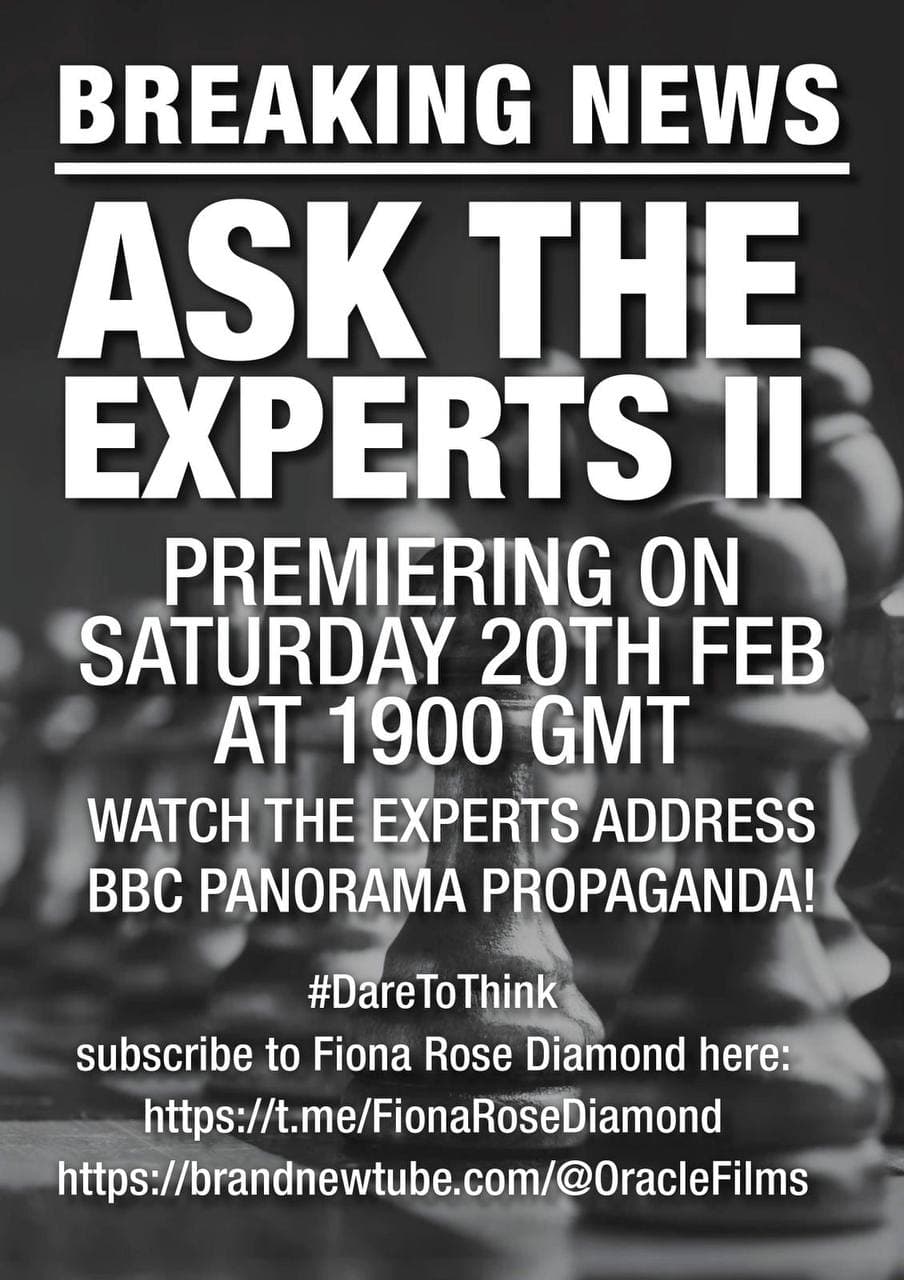 Trailer for #AskTheExperts II to be released on Saturday.  Please share with #DareToThink.

THE DEATH OF RUSH LIMBAUGH by Joel Skousen
Accolades are pouring in from conservative circles over the death of Rush Limbaugh from cancer. Adjectives like “great,” “Titan among men” and “hero” are being bandied about. Phyllis Schlaffly’s organization said that,
Multiple generations of conservatives were trained by Rush’s voice on the radio. He spoke his mind. He never shied from the truth.
Frankly that last statement isn’t true. Like Bill O’Reilly and Sean Hannity, Rush never talked about the conspiratorial aspects of history. He used to long ago when he was building his syndication network from the ground up. In fact, he talked openly about it, and showed he had studied “None Dare Call it Conspiracy” and other books. But when his radio talk show was picked up by one of the big 3 companies with a multi-million dollar contract, he suddenly became a conspiracy denier.
I was listening to his show on the day after he announced his new network affiliation and one of his regular listeners brought up a conspiracy issue, as usual, only this time Rush pounced on him like a tiger, lambasting him for conspiracy theories. “But Rush,” the perplexed listener protested, “Yesterday we were talking about this same issue on the air.” Limbaugh denied it and changed the subject.
That is the hidden price of a multi-million dollar contract—you don’t discuss conspiracy truths any more. Hannity won’t do it, and O’Reilly was openly hostile to any caller hinting at conspiracy. To me it is one of the most important litmus tests of greatness in political commentary—whether or not they have the courage to reveal and condemn conspiracies inside government.
Sure, Rush was a great showman, an incisive thinker on conservative issues, but he was not a great man in my book because of two things. 1) His denial of conspiracies, and 2) he was not a moral man—not even close.
One Christian pastor took aim at Limbaugh’s morals in a personal email to me and summed it up well:
Limbaugh calls himself “the epitome of morality and virtue,” but that is a mockery of virtue…having been married four times and divorced three. His first marriage, to Roxy McNeely, lasted from 1977 to 1980. His second marriage, to Michelle Sixta, lasted from 1983 to 1990. His third marriage, to Marta Fitzgerald, lasted from 1994 to 2004. In 2010, he married Kathryn Rogers.
He is not the epitome of virtue in daily living, because he fills his mind with wicked rock & roll and drinks and smokes and abused drugs (he underwent drug rehabilitation in November 2003) and uses indecent speech and shares bawdy jokes and does many other things that are condemned by God’s Word.
Limbaugh hired the homosexual rocker Elton John to perform for his fourth wedding ceremony in 2010. Limbaugh has given interviews to two pornographic magazines, Playboy and Penthouse; and when challenged about the propriety of accepting the Playboy interview he cursed and said, “—-, go buy it anyway and hide it from your kids.” He also suggested that the Lord Jesus Christ would have given Playboy an interview.
In 2006, Limbaugh, returning from a trip to the Dominican Republic, was detained by drug enforcement agents at Palm Beach International Airport for possessing a prescription to Viagra in another person’s name (“Rush Limbaugh Detained with Viagra,” CBS News, June 27, 2006). He was unmarried at the time. Limbaugh takes the name of the Lord in vain, and this is no light matter.
Truly great men are not hypocrites. They are moral people and don’t rationalize wrongdoing when they make mistakes. They repent and change. No mater how smart a person may be, no matter how clever and effective at argumentation in the conservative cause, they should never be put forward as role models unless they are moral and principled people who live like they preach.

More Media Blackout – Report: Nearly 1,200 Dead Following COVID Vaxx In US In Less Than 2 Months – CDC: “You Need To Know” These Are “Safe & Effective”

Do You Have Any Idea What Is In These Anti-Second Amendment Bills Being Introduced?

Not Yours To Give: The Money Congress Continues To Give Away In "Relief" Bills