Standing Up Down Under: Arrested For Promoting Peaceful Protests

The world was shocked by video of a pregnant mother being arrested for simply posting a time and date of a peaceful anti-lockdown protest on her Facebook page. However, she is not the only one this has happened to and on Saturday, September 5, 2020, Aussies are still set to gather and protest their government, but working against the law, their government is arresting them and intimidating them. Fanos Panayides is a young man that faced the same fate just this week and was threatened to not use social media until Sunday or he would be arrested again. He joins me in this episode just hours before the protest to tell us what is going on in the land down under.

Additional articles with video and Australian law mentioned in this episode.  This first part is also the brief post that I quoted at the beginning of the show.

THE OPPOSITE OF LOVE by Franklin Sanders
The opposite of Love is not hate, but power. — Andrew Nelson Lytle
The First time I saw this statement I knew I had run across one of the most profound things I had ever read, certainly one of the most profound insights into human nature, but I still didn’t nearly understand it.
THE LOVER’S OBJECT
It’s really very simple. Love desires the good of its object, so Love wants to grant that object as much freedom as possible. Thus even God, when he saves men, does not turn them into robotic copies of himself. (Besides, no single man exhaustively portrays the image of God, because God’s infinite variety cannot be exhausted. That’s why God makes so many men.)
Rather, God saves us to be what he intended in Eden, with the fullest freedom to unfold what we are. Of course, that freedom is not autonomy, but freedom to do whatever God gives us a moral right to do.
THE TYRANT’S OBJECT
On the other hand, the tyrant (whether spouse or friend, parent or policitican) aims to fill the world with exact robotic duplicates of himself. Hitler and Stalin, for example, wanted to fill the world with the “New German Man” or “Socialist Man,” who were in the end only copies of themselves.
They desired not the good of their object, but power. Power to make the object just like themselves. Power, the opposite of love, is actually Pride, the ultimate self-centeredness, and of course, the ultimate sin. The opposite of the lover is the tyrant.
So when we truly love a wife, or child, or friend, we do not constantly fret that they view the world differently than we do, desire different goals, or approach tasks differently.
Rather, we delight in them precisely because they do see the world differently and in the way unique to them. All the efforts of our love aim at helping them unfold what they are more and more completely, to stay out of the way of hindering them.
The lover wants the beloved to become more fully herself.
If you have just read to here and still wonder what I am talking about, don’t worry. It takes a while to grasp. Just look around you and start applying this simple idea: “The opposite of love is not hate, but power.”
It explains everything about America today.

Here are the banners. If you are in Australia, you need to group with as many as possible and show up on Saturday! 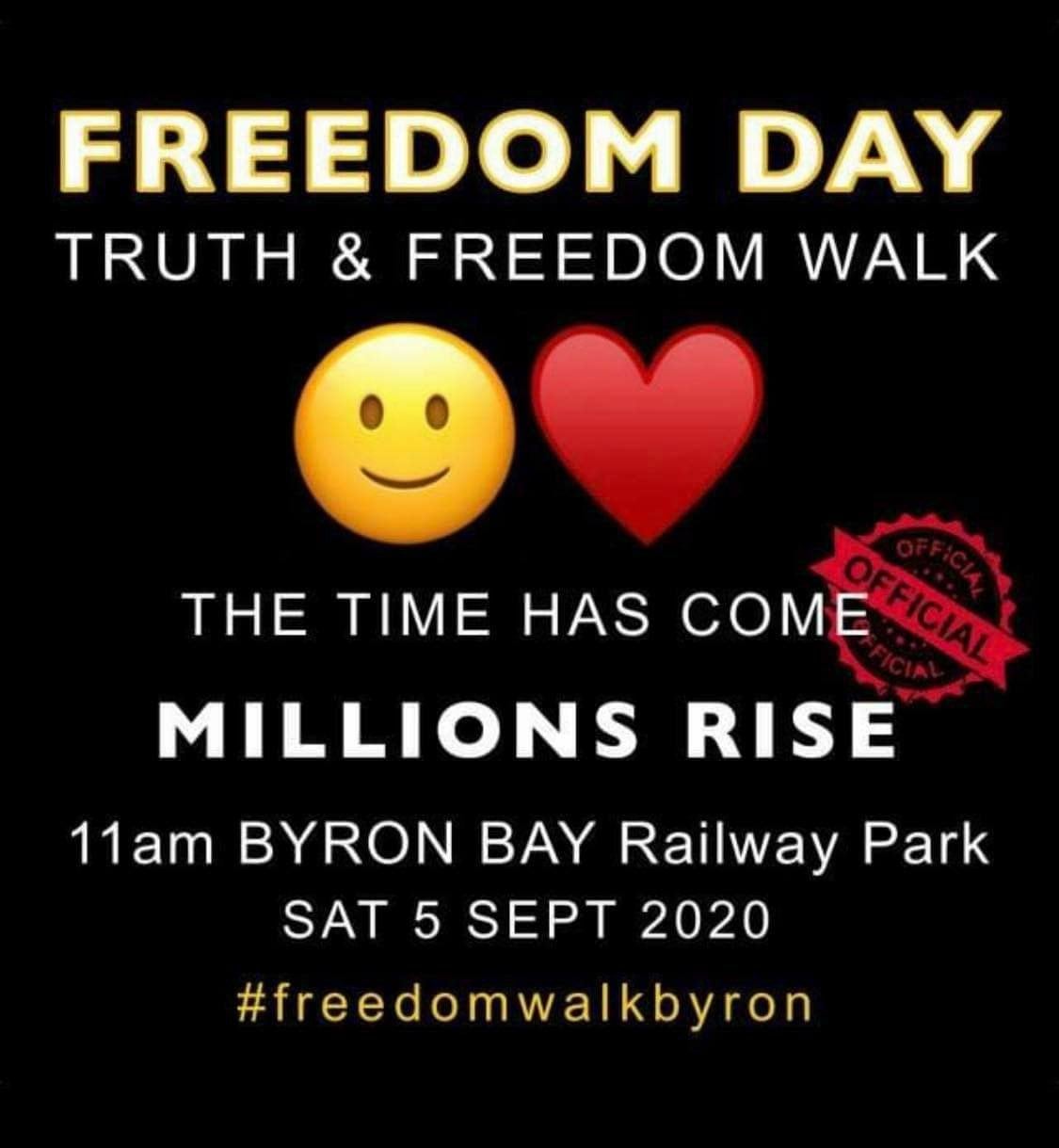 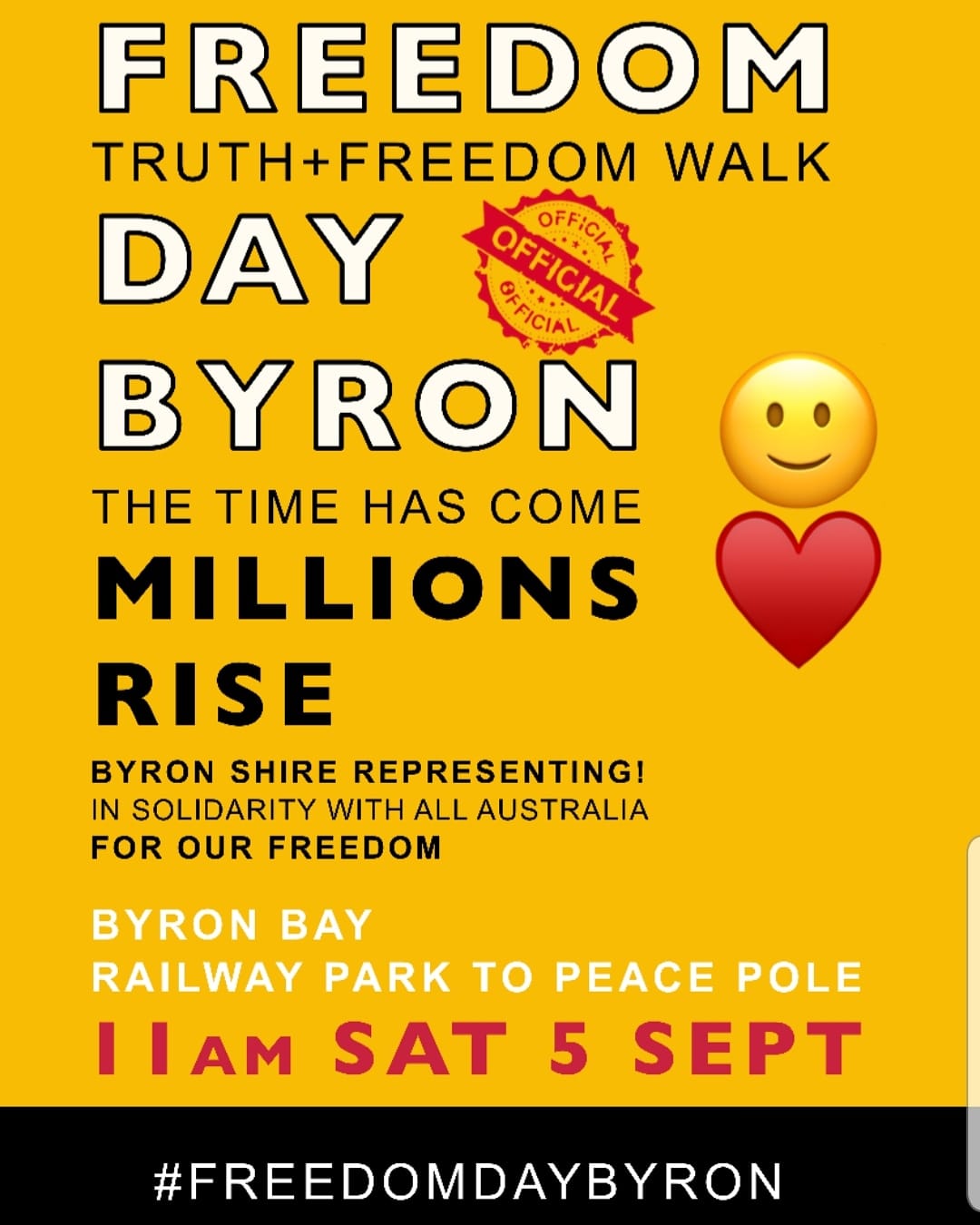 Standing Up Down Under: Arrested For Promoting Peaceful Protests

The English Constitutionalists Are Coming For The British (Video)