Fascist theater is now as common an occupation for the D.C. elite as upscale cocktail bars. However, the contrived emergency of the CONvid-1984, along with allowing a know criminal traitor to occupy the White House should give us a clue as to what is about to take place unless the people rise up against this tyranny.

We had a caller who referenced some images and video from the inauguration and Biden in the Oval Office.  I’ll post those below, but there seems to be an explanation for them, which I’ll also post below.

This one claims that the lady in white and pink disappear and that it is a fake inauguration, which is not true.  See below for why that is.

According to SLR Lounge:

But, just because it is distorted, doesn’t mean it is a bad thing. In fact, lens compression can be used to create awesome compositional choices that wouldn’t be possible otherwise.

I highly recommend that article because the fact is that in the one shot it appears the two women are directly behind them, when the fact of the matter is that they are several feet to the right of Biden.

Additionally, there were some other photos acquired that were sent in as well, such as the one attached to the Twitter account at German Foreign Office.

"The return of the United States to #WHO & #ParisAgreement, the prospect of early talks on the future of the #JCPoA – on @POTUS Joe Biden’s first day in office, all this points to a new kind of cooperation." Foreign Minister @HeikoMaas pic.twitter.com/8by4kLZWrq

Of course, Biden is not in it.

Then there was a question about whether or not Biden was actually in the Oval Office.  These images were offered. 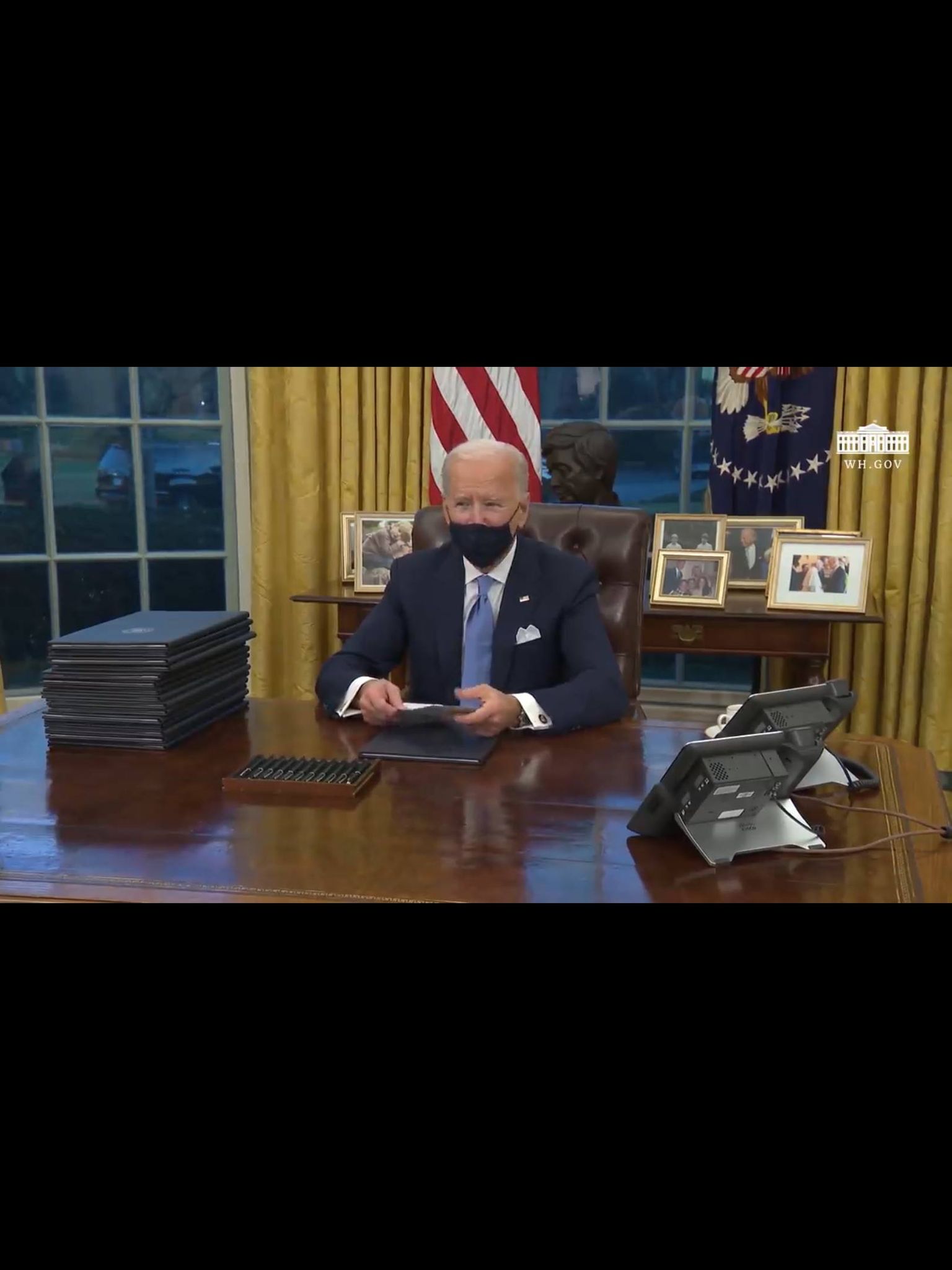 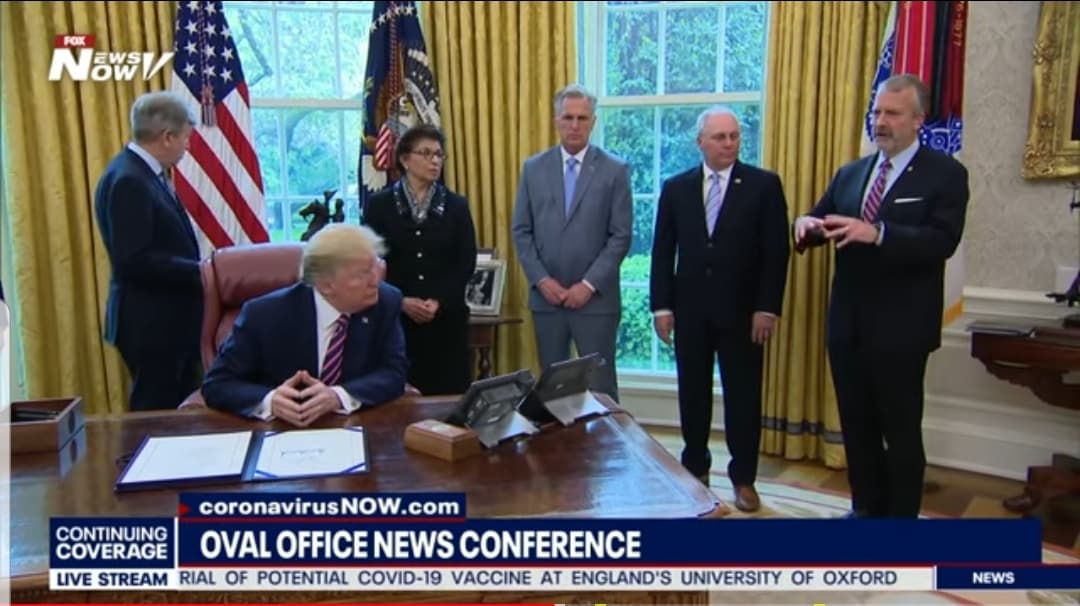 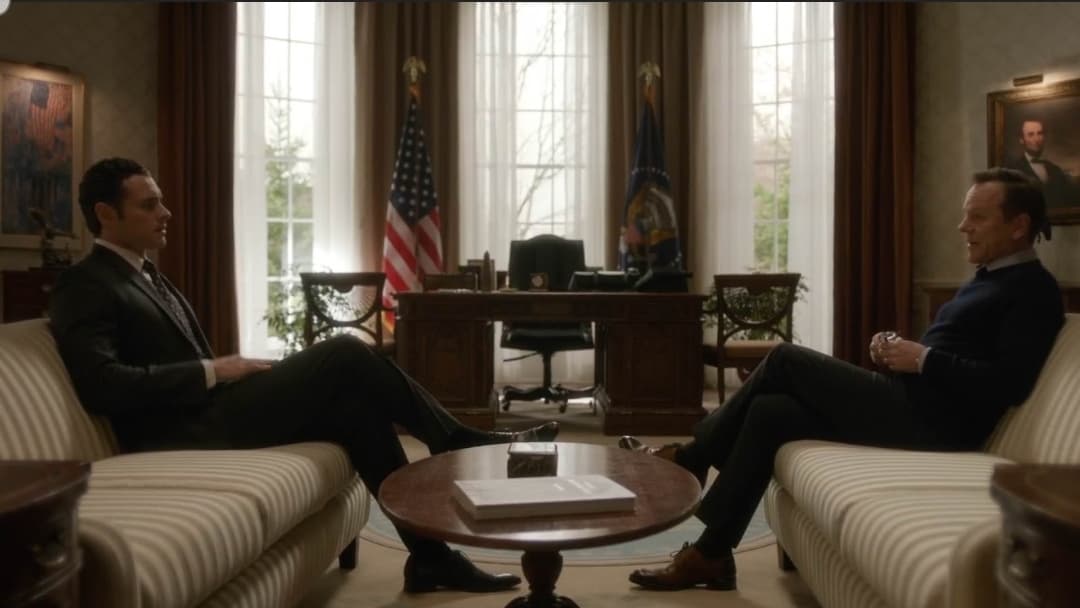 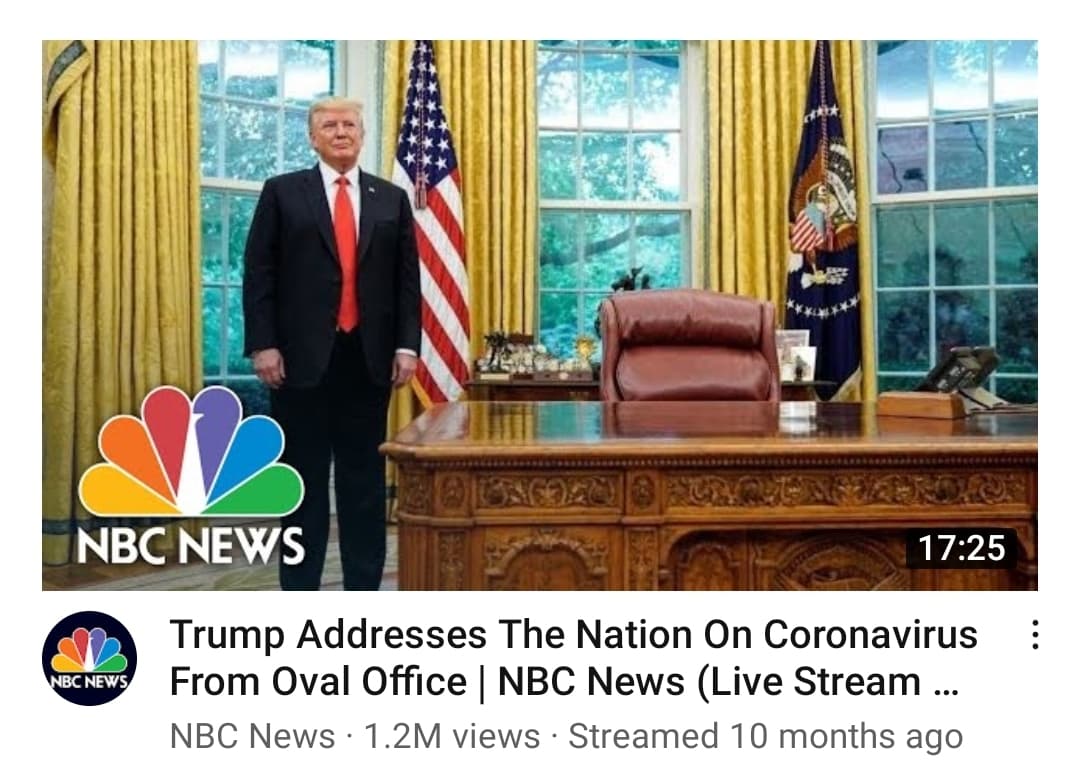 While it may seem confusing, the image below clearly shows that there is a parkway behind the Oval Office where vehicles can and do park. 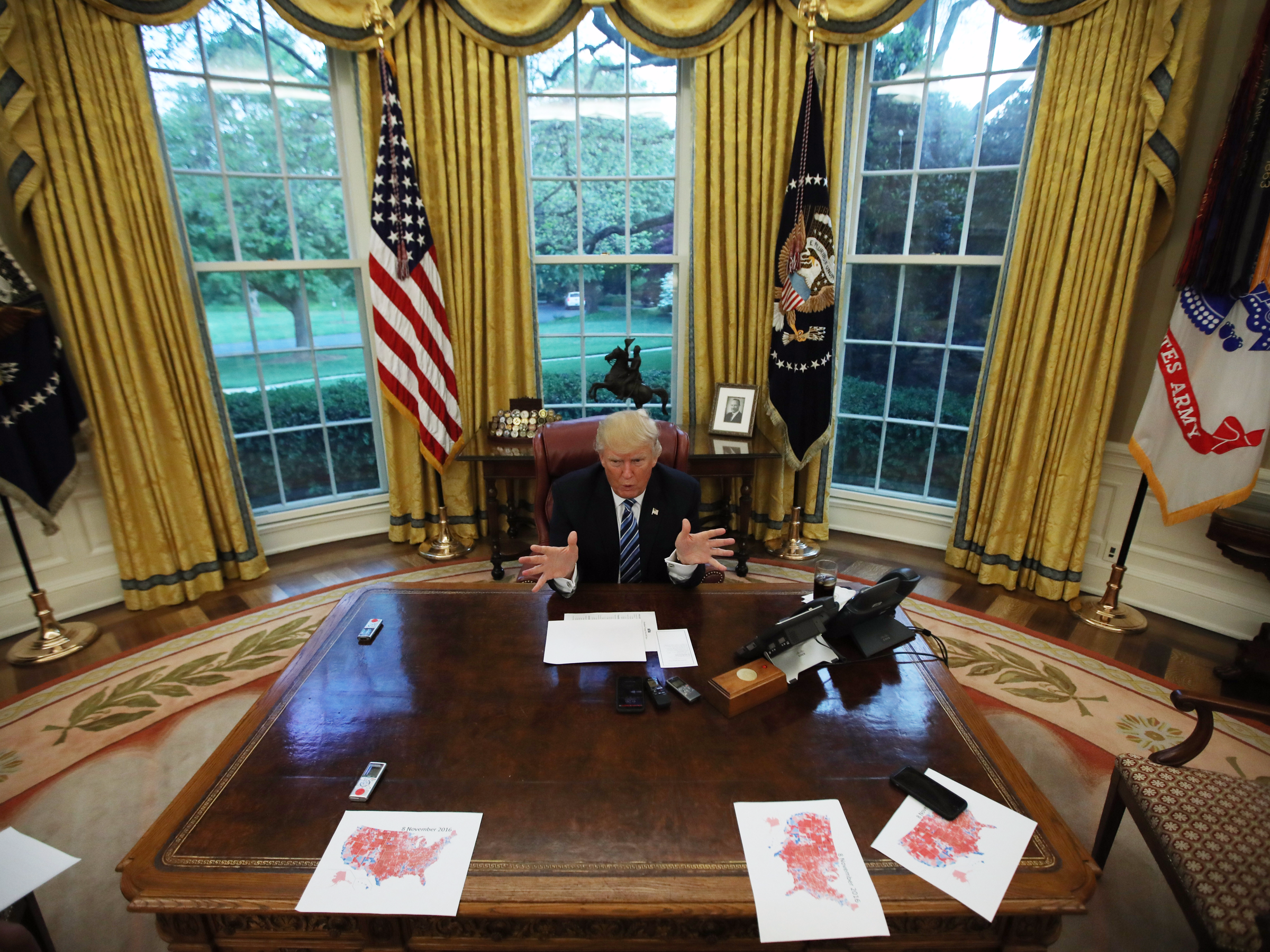 In fact, this video titled “Comedians in Cars Getting Coffee: “Just Tell Him You’re The President” (Season 7, Episode 1)” with Jerry Seinfeld and the usurper Barack Hussein Obama Soetoro Sobarkah clearly show some of of what is directly behind the Oval Office.

I’ll let the reader and viewer make up their own minds, but it appears that everything is legit, except the man in the Oval Office… but even he is a Chinese puppet.

Here's the whole thing. I confirmed that there was a PA speaker in there with the program feed, so Biden was indeed hearing Yo-Yo Ma's performance as it was being aired.

He wore his mask immediately prior to this and put it back on as soon as he finished his TV hit. pic.twitter.com/H9yOT5QXaV

Why wasn't @JoeBiden wearing a mask last night after signing a mask mandate?

Press Secretary Jen Psaki: "He was celebrating an evening of a historic day…He was surrounded by his family…We have bigger issues to worry about."

Biden wants you to follow the rules that he won't. pic.twitter.com/P5xy0CireG

As we previously reported, the law is clear regarding employees and employers.

The Manufactured Emergency Is Here – The Power Grab Comes Next

1And it came to pass, when Samuel was old, that he made his sons judges over Israel. 2Now the name of his firstborn was Joel; and the name of his second, Abiah: they were judges in Beersheba. 3And his sons walked not in his ways, but turned aside after lucre, and took bribes, and perverted judgment.

4Then all the elders of Israel gathered themselves together, and came to Samuel unto Ramah, 5And said unto him, Behold, thou art old, and thy sons walk not in thy ways: now make us a king to judge us like all the nations. 6But the thing displeased Samuel, when they said, Give us a king to judge us. And Samuel prayed unto the LORD. 7And the LORD said unto Samuel, Hearken unto the voice of the people in all that they say unto thee: for they have not rejected thee, but they have rejected me, that I should not reign over them. 8According to all the works which they have done since the day that I brought them up out of Egypt even unto this day, wherewith they have forsaken me, and served other gods, so do they also unto thee. 9Now therefore hearken unto their voice: howbeit yet protest solemnly unto them, and shew them the manner of the king that shall reign over them.

19Nevertheless the people refused to obey the voice of Samuel; and they said, Nay; but we will have a king over us; 20That we also may be like all the nations; and that our king may judge us, and go out before us, and fight our battles. 21And Samuel heard all the words of the people, and he rehearsed them in the ears of the LORD. 22And the LORD said to Samuel, Hearken unto their voice, and make them a king. And Samuel said unto the men of Israel, Go ye every man unto his city. -1 Samuel 8