Attorney General Merrick Garland issued a memo to have the unconstitutional FBI investigate parents for being angry about the criminal actions of their school boards, but all I have seen are parents with righteous indignation as to school boards violating law, listening to the federal government on education, which is a violation of the Tenth Amendment, and ignoring the will of the parents they serve. Garland has zero authority in these school boards as they are not an authority laid out for the Executive Branch in Article II, nor is this concerning states at odds with each other nor citizens at odds with each other across state lines. This is a state issue, period.

Articles, links, videos and other resources mentioned in this episode.

GRASS DOESN’T WORK, THE ROCKS DO! (BOOK) – Save 20% off when you use the promo code ROCKS at checkout 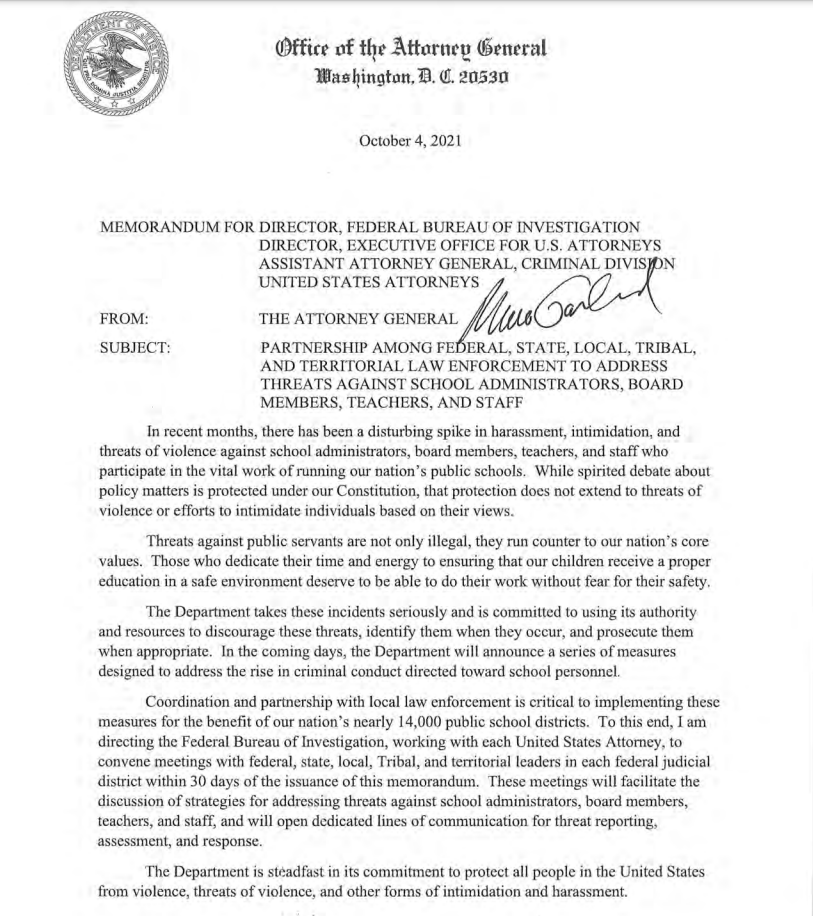 Mom Calls Out School Board Over Allowing Twisted, Perverted Sexual Books In Library – They Cut Her Mic Off! – But She Gets The Books Tossed (Video)

Mama Bear To School Board: “I Was Gonna Ask, But I’m Not Asking Anymore… I’m Demanding You Stop This Mask Mandate Tonight!” (Video)

Parents Are Taking It To Their Employees At School Boards: You Work For Us! (Video)

Teacher Addresses School Board: “Parents Don’t Be Afraid To Speak Out For Your Kids!” (Video)

This Is How You Do It! Louisiana Parents Shout Down Mask Mandating Tyrants At State School Board Meeting – It’s Glorious! (Video)

Taking On School Board Tyrants – This Is How You Do It!

Greatly desiring to see thee, being mindful of thy tears, that I may be filled with joy; When I call to remembrance the unfeigned faith that is in thee, which dwelt first in thy grandmother Lois, and thy mother Eunice; and I am persuaded that in thee also. -2 Timothy 1:4-5

Fathers, do not provoke your children to anger, but bring them up in the discipline and instruction of the Lord. -Ephesians 6:4

Train up a child in the way he should go; even when he is old he will not depart from it. -Proverbs 22:6

Whoever spares the rod hates his son, but he who loves him is diligent to discipline him. -Proverbs 13:24

Hear, my son, your father’s instruction, and forsake not your mother’s teaching, -Proverbs 1:8

On Top Of The COVID Hoax, We're Now Experiencing The Facebook Hoax - Both Deprive YOU Of Liberty (Video)

When Abortion Is Allowed When Mom Makes The “Choice”, You Encourage It When She Doesn’t (Video)